“It stands to reason that a tune like Suzie Don’t be a Deadhead just wasn’t gonna fly after The Dead stopped touring and well, it just wasn’t gonna work” said Toys Landwater [@toys.landwater] when contacted while on tour as road manager for the World Midget Wrestling Championships.  “Yeah, those were the days alright”

“It’s all about timing” said drummer of the Saplings Pete Cheesums.  “If we had been there just 5 years later, I really think it would have worked”  Pete went on “the band really didn’t get timing anyway.”  Pete’s face started turning red as the volume of his voice rose “I tried to introduce the concept of a metronome, even high tech quantization equipment with vocal feedback via a Roland TD-7, but these guys just marched to their own beat.”  After another sip of his Rumchata, calm returned to his face.  Pete is home recovering from a Table Tennis injury at the 2012 London Olympics.  “no, I don’t play, I collect the balls” quipped Cheesums.

When asked about a reunion, Mapleood would only respond “why!?!?”

Well, I guess all we can hope for is a Honkytonk version of “I lie on the phone” 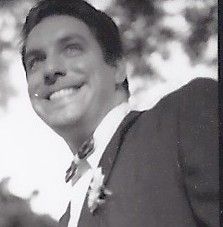