"We did the best we could at the time," fiddle player Tom Hansen added. "As soon as we sensed something was wrong, we called 911. As soon as we hung up with them, we were calling his family, telling them to come immediately."

"It was surreal, how fast things went downhill," drummer Kurt Weber said, "Johnny was talking about new songs he wanted to show us. Then, all of a sudden, he's talking about a song he wrote that sounds like Honky Tonk Badonkadonk. God, if we hadn't thought he was joking, if we'd realized how awful this would become, maybe we could have saved him."

"By the time he was showing us the chord changes to some song he called, Git 'R Done, we were on the phone with the paramedics. By then we knew something was tragically wrong," accordion player Don Turner recounted.

"It wasn't until thirty minutes later, at the hospital, while he was singing some new tune he wanted to do called Tequila in the Back of My Pickup that the doctor declared him brain dead," Dean recalled, his voice catching in his throat.

"At this point, I just feel sorry for his family," Weber added. "Although his brain has stopped functioning, his body still continues on. It's like, not aware that he's dead. Just today, he announced that he wants to go to Nashville to record our next album. His poor family."

Funeral services were scheduled for Saturday. Doctors confirmed the diagnosis of brain death for Maplewood when he announced he would be willing to sing Kenny Chesney selections at the wake.

The remaining  members of Honky Tonkitis have not yet announced a replacement. 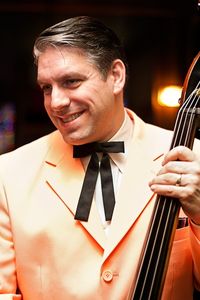