"Except for the five I bought," Maplewood countered. "Hey Tom, you know why I smell like burnt plastic? 'Cos I threw them all in the fire last night, I hate you so much."

If sales of the Hansen doll continue at the current rate, the action figure should sell out by the end of the week.

"Sold out, hunh? See? There's another way it's just like you, Tom," drummer Kurt Weber injected.

Hansen had his own theories why his action figure generated such greater sales.

"I think it's just that people see themselves as the fiddle player. Young kids want to be in that role in a honky tonk band."

"It's because your doll's the only one that's not anatomically correct," Guitarist Bruce Dean snapped back, "They strip the clothes off the doll right away and wonder what the hell's wrong with you." 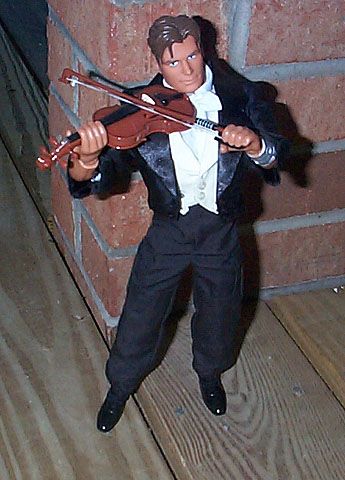